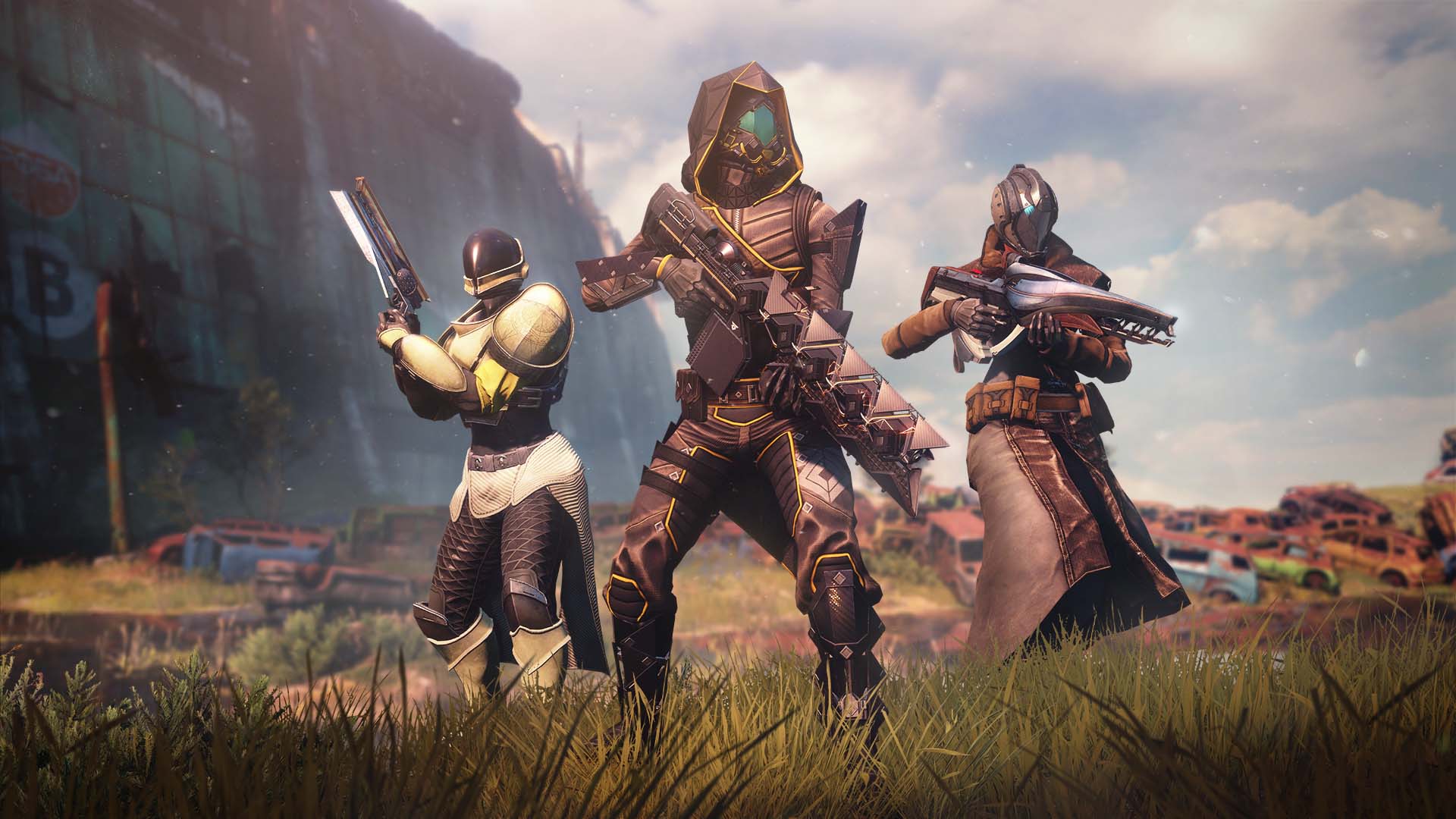 Although looking great isn’t as important in Destiny 2‘s story as in games like the Borderlands series and Cyberpunk 2077, gamers may still want to make sure their Guardian looks their best when fighting alien beings and taking part in Raids. Thanks to the use of Shaders, this has become possible. With that said, what exactly are Shaders?

Shaders are the name of the dye system in Destiny 2. These are items that allow players to modify the Guardian’s armor’s color scheme and pattern. These are found and earned as a result of performing missions or raids. Some are more uncommon and may only be obtained during limited-time events.

Shaders may change the color of your armor and weapons in Destiny 2. After all, it’s pointless to gather nice–looking weaponry and armor if your colors aren’t matched. Ships, Sparrows, and Ghosts may all benefit from them. As awesome as they are, getting your hands on them is a different story. So, how do you get Shaders?

How To Get Shaders

Shaders can be found in a variety of places. You may get them by opening chests throughout the game’s playable regions, such as the EDZ, Moon, and Europa. You can also obtain them by ranking up with certain NPC’s and getting them through Packages.

Shaders can’t be utilized endlessly, either. Each one has a predetermined amount of uses, generally up to five, for players to create a full set of armor in that color or pattern.

When a Shader is worn, certain things will be completely recolored, while others will just be partially recolored or not impacted. At any given moment, only one Shader can be equipped. To equip a Shader in Destiny 2, a Guardian must be level 20.

Shaders can be earned through missions, Crucible matches, raids, delivered to the Guardian when a faction reaches a new reputation level or purchased from vendors like Eva Levante. Unique Shaders can be earned in various methods, including through limited–time events such as The Queen’s Wrath and Iron Banner.

How To Use Shaders For Console Players

Utilizing your Shaders is an easy process. Go to your character’s screen and look at the specifics of the item you want to use it on. A prompt with the words’ appearance and a command input may be found at the bottom of the screen. When you press that button, you’ll be sent to a new screen with the weapon’s aesthetic options.

On the next page, on the left, you’ll notice a little button that you may tap to bring up all of the Shader options accessible to you. With console players, hover over the one you want to use, press and hold the fire button. By using the aim down sight button, you can also preview the Shader on the item.

Once you’re satisfied, press Apply, and your already-fancy treasure should appear much better.

How To Use Shaders For PC Players

Hundreds of different Shaders are available for players to collect and use as prizes for various in-game actions. Only the first one, though, is free. Return to Collections and utilize the Flair tab to purchase another Shader in a color scheme they’ve previously discovered; however, each Shader will cost 2 Legendary Shards and 500 Glimmer.

Players should follow these procedures to apply a Shader on a piece of armor or a weapon:

Shaders can have distinct effects on two separate items. A Shader will sometimes totally recolor an item, while other times it will just shade it partially or not at all. To prevent wasting a Shader and damaging an item’s appearance, it’s usually a good idea to preview the look of all shaded gear before locking in any modifications.

What Are Some Of The Best Shaders?

So, browsing around forums like Reddit and Bungie, there is a ton of talk on some of the best Shaders in Destiny 2. In placing together this list, I took some of the most viewed and liked ones, and I thought it was rather interesting. All these colors are unique and present exciting patterns and excellent variations.

Golden Trace came as a surprise to me too, but as the Golden Trace shader appeared more often, I did some background research and saw that all the builds looked amazing. The Shader represents a pure golden feel to your gear and a great carbon fiber look to your armor.

There is only one drawback: It does throw a little purple and red blend, a tint that some of you may love, but when I saw it, it had a little voice in the back of my head that kept on mentioning the additional tinted color that I do wish was a bit more subtle. However, the carbon fiber look still sells it to me and changes the appearance well. The Shader is brilliant when it comes to armor plating but not as great on cloth material.

The white and red look stands out, and red is a favorite blend to mix with white amongst most players. This Shader looks great on a lot of different gear; this may present an eye-catching white build with hints of red, then this is the Shader for you.

The Shader works very well with all cloth gear, as all the cloth will be turned white with hints of black and armor plating, or anything that shines will be a nice bright red. It is an easy Shader to use as some Shaders do not give justice to what you had imagined it to turn out to be with certain armor and weapons. These Shaders work well with all guardians and their pieces. An example is that the Suros Modular could do with your guardians’ lights on your armor, such as the virtuous greaves on a titan or with a variant on a warlock, the contents of the light almost present a hint of light blue. Yes, Shaders also affect the lights on your armor.

Like Suros Modular, the Crucible Peppermint shader is also made up of white and red. However, the red is a slightly darker, richer ruby red blend and very much the feel you get when you think of a red peppermint.

So if you are a fan of the candy red look, this is the perfect Shader just for you.

When Destiny 2 was released, this Shader was everywhere! Monochromatic is another white Shader representing the majority of pure white armor built with a few black tinges. This Shader works best with primary pieces made of cloth, such as capes or robes being primarily white. Anything underneath the armor will turn black. The Monochromatic is another easy-to-use Shader that fits your expectations spot on.

Bloody Tooth is unique and is a stylish shader for your weapons. Bloody Tooth is more of an opposite of Sorus Modular and has more of an unpredictable expectation when applying the Shader. The Shader consists of the colors black, red, light grey, and dark grey. Cloth materials appear to be black with darker shades of grey.

If you would like a black and red build, then this build is for you. The reason why this Shader is popular amongst players is its ability to turn pieces black. You may have darker colors shine on armor, such as plated armor. It is the type of Shader you would like to mix with other blends of black Shaders and perhaps other colors. This Shader also works well if you prefer the stealth approach and build. You could always include other black or darker shades if you choose to have more of a darker, blacker approach. It would be best to use this Shader as a tool in your arsenal to help you make an all-black look.

More of an opposite feel to Bloody Tooth comes Calus’s Selected. It is yet another popular shader amongst players. Where Bloody Tooth is more of a tool to use, Calus’s Selected is one of those Shaders that you can throw on anything, and it would look great! It is another Shader that will help to make all the cloth on your armor white.

Most primary armor pieces will turn white, your secondary armor pieces will turn gold, and purple has a unique approach to the mix. Purple touches aren’t as epic and overwhelming as the white, nor are they as frequent as the gold, but they do add a refreshing blend to your armor. All your lights on your equipment will be turned into a pure gold color, which is pretty stylish if you ask me.

Dreaming spectrum is a special Shader that is even loved by many streamers. This Shader looks great on almost any set of armor and weapons. This Shader is also well-known for its more “boney” look and for players who want a skeleton or necromancer feel to their Guardian. This armor is more predictable and seems to meet a lot of players’ expectations. The lights on your armor would glow a vanilla white which compliments the overall appearance of your Guardian. All of your cloth pieces would be turned into a rich royal purple, and any plated armor pieces will receive that white boney look.

Metro Shift has various perks for it being an absolute favorite. This Shader is also more predictable than others, helping you to accurately assume how it will affect your appearance.

All the lights on your armor pieces have a purple glow to them, and for your main armor pieces, it creates a black metallic look, as well as the pieces underneath your armor, which will have a neat black cloth appearance. The main parts of the armor, like the capes and robes, present it in a rich blue. Very similar to Bloody Tooth, Metro Shift is a tool to get more of the same color. The Metro Shift can be used to help make an all-black look but may also just be plastered on and make any armor look fantastic! This Shader has a great fifty-fifty split between hard armor pieces and cloth armor pieces.

Amethyst Veil is as close as you can get to a pure black shader in Destiny 2. This Shader presents itself in a very underground, stealthy, ninja look. For plate and other shiny parts of your armor present themselves as chrome black. If your armor has lights, it will turn them purple, creating a very black-ice feel.

Amethyst Veil is a breath of fresh air because of its predictability and ease of use.

Shaders come in very handy, whether you’re experimenting or looking for a fresh new look with some new loot. Playing around with specific Shaders can get you far when you are on the search for something specific.

However, some standard Shaders are just simply fantastic as they come and may blow you off your feet. The are plenty of different Shaders to come by in Destiny 2 that are great and perfectly tailored just for you!

To ensure you get the ultimate experience playing Destiny 2, be sure to check out our article on Destiny 2 fixes for the game crashing your PC.