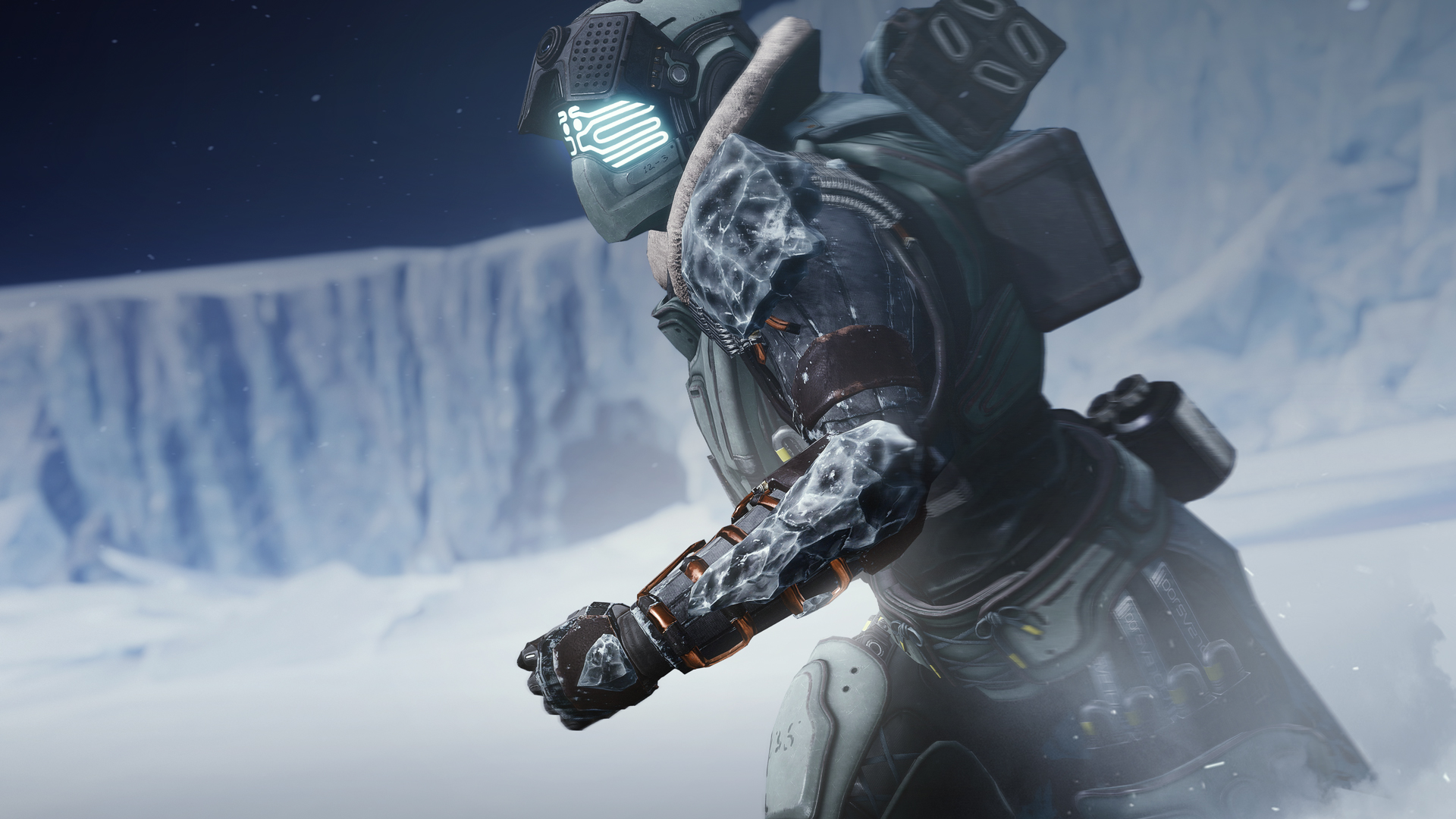 Weapons may define how Destiny 2 feels in its gameplay, but armor gives your guardians a sense of self. While it’s vital to have armor with good stats, you have a lot of freedom regarding what you may wear. With that said, what is it about armor sets in Destiny 2 that you need to know?

Each armor set in Destiny 2 has different stats such as discipline, recovery, and strength and is powered by various elements such as sun, arc, and void. Using game modifications will enhance your armor’s benefits. Armor sets could be for Titan, Hunter, and Warlock, or all classes.

In Destiny 2, players understand the importance of having the best armor sets. With so many armor sets to select from, it’s tough to know which one would best protect your character in the galaxy’s most dangerous fights. So, here’s why these are the finest armor sets for various classes that may help you locate the threads that suit you.

What Are Some Of The Best Armor Sets In Destiny 2?

Armor is essential to all in Destiny 2, but most armors have randomized stats. While it’s vital to have armor with good numbers, you have a lot of freedom regarding what you may wear.

Armor sets to aid in creating your guardian character’s individuality throughout the game. Unlike weapons in Destiny 2, you can’t see the entire set of armor until you’ve assembled all of the separate parts.

Making sure your build can withstand some damage or that you have the appropriate buffs and modifiers in place is a crucial element of high-level Destiny gaming.

As a result, players like spending their gaming time farming armor parts to complete the set and emerge in full splendor. The top ten best Destiny 2 armor sets are listed below to make battles a breeze for you, starting with the Titan class.

When you go into a lobby wearing this gear, it’s intended to be the end-all, be-all of PvP. Not everyone will be able to complete the set on their own, but that’s why we play with our friends, right?

This armor has the most up-to-date mod slot available, allowing you to use the Seasons of Dawn, Worthy, and Arrivals modifications right now.

Season of the Worthy‘s Warmind cells are powerful, but if you have both Seasons of Dawn and Arrivals, you’ll have access to both pools charged with light mods. This set unlocks strong mod combinations that you wouldn’t have otherwise, such as Powerful Friends and Energy Converter.

This set’s staying power is excellent, up to 1310 Power, which isn’t exactly the current maximum, but it’s pretty close.

As for stats? Trials is a pinnacle activity, which means you’re in for some high stat rolls, enabling some fantastic builds. In terms of appearance, I like the Egyptian aesthetic that this set has going for it, and it’s one of the few settings in the game that I wouldn’t even put a shader on because the color pallet is already great.

2. Crystocrene: For the Titan Class

When you’re fighting foes on the ice world or on your way to go skiing, the Crystocrene set comes in handy. The Crystocrene outfit will keep you warm on the coldest planets and protect you from hypothermia. Because Europa is the game’s most frigid planet, this armor set is primarily utilized in combat there.

By completing the Beyond the Light Europa quest, you must collect all of the components in the Crystocrene set. You can obtain the chest piece by fighting the Fallen in Eliksni’s chamber. Take a right out of the enormous room and along the small corridor.

There, in the Bray Exoscience, you’ll find the Crystocrene set’s arms. Jump over the abyss, kill the captain en route to Eternity, collect the arm pieces, and return to Charon’s Landing. Now travel to the Cadmus Ridge and retrieve the last component of the set from the chamber packed with Hydras and harpies.

After appearing in so many kinds of media, you’d think the futuristic cyber ninja-style would become old. It turns out that it’s still a lot of fun. The Road Complex AA1 hunter armor set is Survivalist armor, which means it helps you recover faster after foes have injured you.

This armor doesn’t have much of a backstory. However, it appears to be related to the Speaker in some way, based on the descriptions of the parts that make up this set. I don’t know how important the link is. This ninja-style armor has a strange backstory to match.

There is no particular way to obtain this armor; you must acquire it through legendary engrams, faction rank–up packages, and treasure drops from both PvE and PvP.

4. Wildwood Set: For the Hunter Class

Among the most durable armor sets in Destiny 2, Hunter’s Wildwood is one of the best. You won’t have to think about your speed while wearing this armor since the armor will do it for you.

One of the benefits of the wildwood outfit is that it allows you to keep your mobility, so make sure you acquire it before starting a new sniper assignment.

Because Devrim Kay designed this armor, he is the only one who can assist you in obtaining it. To acquire Engrams and prizes, go to Devrim Kay and level up your EDZ reputation by performing the tasks and bounties he has set up.

5. Reverie Dawn Set: For All Classes

The metrics discipline and strength of the Reverie Dawn set are the most well-known in the game. Aside from the numbers, the Riven’s Curse is a unique ability that comes with this armor.

You will be able to do a lot more damage to the adversary with this curse, but keep in mind that you will get a lot of damage in return (the downside of the curse).

The Reverie Dawn set comes from the endgame The Dreaming City. It implies that you must accomplish Petra area bounties to receive legendary gear as a reward. There is a link between these items and the Dreaming City, and one of them is likely to be the armor sets.

Because discipline is the most critical stat in Legacy’s Oath armor, make sure you play the game honorably to acquire it. You can eat a grenade without fear of harm, thanks to the Legacy’s Oath armor. It will assist you in generating health from the grenade because it has high discipline features.

By collecting the drops from DeepStone Crypt Raid, you will come across the Legacy’s Oath armor.

7. Scatterhorn Set: For All Classes

The Scatterhorn armor set‘s most vital feature is that it works on two distinct stats: resistance and mobility. With this armor, your character will have a rough appearance and the ability to restore health and speed rapidly.

You must complete the Spider’s Wanted Bounties to obtain the Scatterhorn Set armor. To get the armor, you must gather the thirteen Legendary bounties and a Powerful Gear Wanted Bounty.

8. Iron Truage Set: For All Classes

When fighting your most formidable foes, don’t forget to bring your Iron Truage set. The Iron Truage armor set offers you the appearance of an old Nordic warrior while also boosting your character’s abilities.

With this armor set, you can take ten times the damage you could before, allowing you to go all out; as soon as the combat begins, it will be over.

In the Iron Banner mode, you must see Lord Saladin, who will challenge you to the Test of Strength quest. After you’ve finished the objective, you can go on to the Iron Banner bouts. Lord Saladin will reward you with rank-up packages (the armor set) if you complete the matches.

Kerak Type 2 is a massive armor set that your Titan character may use to frighten his foes. It is the ideal decision for you if you want to be a space knight. Kerak is a restorative armor set that heals you immediately when you take damage in the game.

While traveling across the galaxy, you’ll see that many other titans are sporting the same costume.

There is just one method to obtain the Kerak Type 2 armor set, and that is through legendary drops. Unfortunately, you will not be able to get this armor by participating in any events or contests. You might assume you’ll go ahead and buy the armor set from a merchant, but that, my dear gamer buddy, is not an option.

10. Insight Rover: For the Hunter Class

You’ll need to unlock Legendary engrams and acquire faction rank-up packages to discover every component of this set.

How Do Armor Stats Work?

Mobility, Resilience, Recovery, Discipline, Intellect, and Strength are the six primary armor attributes that players must control. They determine everything from a character’s strafe speed to the rate at which their abilities recharge.

Here’s a breakdown of what each armor stat means:

Darkness-based subclasses have longer cooldowns than Light-based subclasses; thus, your Discipline, Intellect, and Strength values will change depending on your subclass. When it comes to optimizing your numbers, keep this in mind.

Besides stats, you may also equip most armor with mods. A General mod, a Slot–Specific mod, and a Combat Style mod can fit any armor piece. Raid goods include a fifth mod slot that may be used to store raid-exclusive mods.

To use an armor mod, go to your inventory and check one of your armor pieces. To view which modifications you can equip, move your cursor over a mod slot. It’s worth noting that each mod has an energy cost, which is displayed beside your armor’s elemental affinity at the top of the screen.

Using Legendary Shards and Masterwork ingredients, you can increase this energy total. An armor piece’s energy limit is 10.

General mods enhance your armor’s stats, such as mobility and intelligence. There are two types of bonuses: +5 bonuses and +10 bonuses.

Slot–specific mods might give you more ammo when you acquire ammo bricks, faster ADS speeds on weapons, or minor damage from certain enemies.

It leaves us with Raid Mods. Raid mods provide advantages that are only available during specific raids.

What you may anticipate discovering in the Slot-Specific mod slot is as follows:

The Prophecy dungeon and Iron Banner are your most excellent alternatives for farming. In Destiny 2, the only dungeon that continues to drop prizes is Prophecy after completing it for the first time that week, enabling you to repeat the raid for high-stat gear.

The event occurs only three times every season; however, Iron Banner drops a lot of armor with excellent stats and is limited in scope.

While you’re farming an activity, make sure your Ghost is equipped with an Armorer mod. These modifications will compel every armor you get to drop with at least ten in a specific stat, with a high probability of the item’s stat biasing your selected stat.

These armor sets will not only provide you the strength to beat your opponents, but they will also boost your power level. You will earn additional prizes if you complete a challenge or an activity for an armor set, which will help you level up quicker in the game.

Though Destiny 2‘s weapons might define your enthusiasm while playing the game, they are useless without a pair of armor. To maximize your gaming experience, go out and find these armor sets.