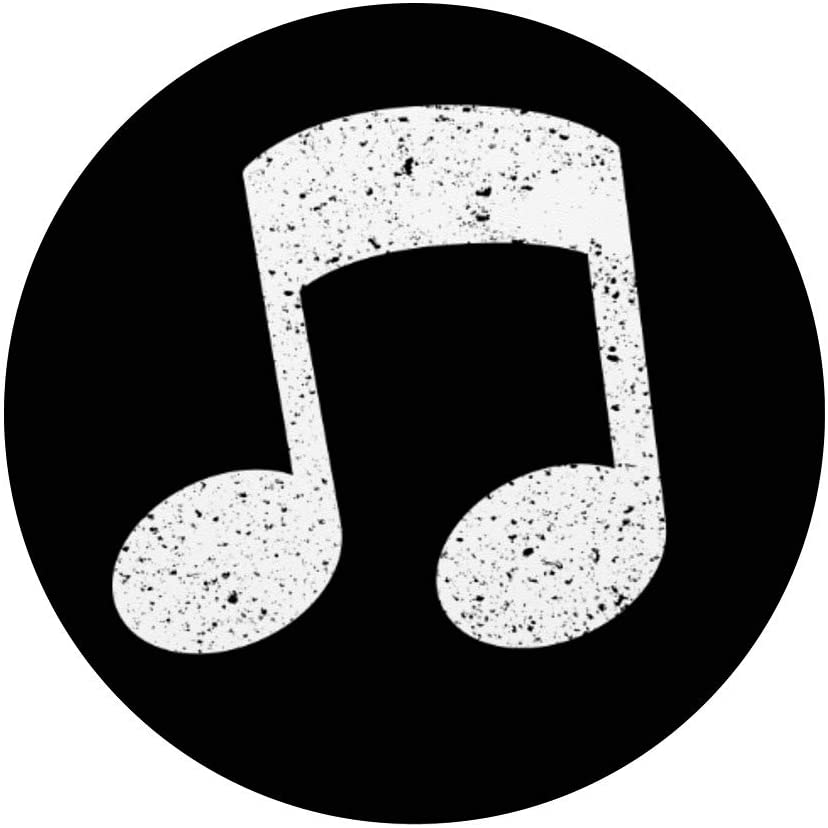 In Gloomhaven, 11 classes are available to unlock throughout the game. One of them is the popular Soothsinger class. Being a support type class comes with a lot of responsibility from you and your party. However, understanding the class is just as important. With that said, what is the Soothsinger class?

The bard class in Gloomhaven is the Soothsinger. She sings and plays her lute to make Songs that help allies and ward off monsters. The Soothsinger can be built to damage or provide support. Her class logo is presented as a music note and is one of the most effective support classes in Gloomhaven.

As you may already know, not all support-type class is identical. The Soothsinger is primarily a support class; however, she can also be built to specialize in damage. The Soothsinger can be built in three different ways, which are all exciting to learn. With that said, what is there all to learn about the Soothsinger?

The background of a Quatryl Soothsinger lore is that their abilities go well beyond those of a mechanic or alchemist. Given the correct instruction, their spider-like fingers may also permit unique talents with stringed instruments.

Quatryls are the most sought-after bards in the country because of this and their exceptional singing skills. However, they may use their abilities for more than just entertaining affluent nobility.

With a single stroke of their lute and the right note in their voice, self-described ‘Soothsingers’ have been known to boost their comrades to great deeds and lower their adversaries.

The ultimate support class is the Soothsinger. She has a trademark mechanic called “Songs,” she can only play one at a time. They act similarly to Mindthief augments, but instead of changing your attacks, they affect the abilities of other allies or give other powerful global effects.

These function independent of range or line of sight; thus, a Soothsinger doesn’t need to be right next to allies to benefit them. As a side note, the Soothsinger is one of the most excellent classes for stunning and disarming and has some incredible crowd control skills.

Due to Disorienting Dirge, she also excels in Cursing to an almost unrivaled degree. The Soothsinger can nullify more than 60% of all opponent assaults with tencurses in the enemy deck, and that figure will only grow as the deck thins due to non-curse cards being drawn.

“Granted mobility” and “forced movement” are two secondary motifs that appear on a few select cards. Another oddly unusual trait of the Soothsinger is her absurd pace of experience point accumulation.

She receives a point every round that she has a song active; not only that, the bottom of every card with a song also includes XP, allowing her to gain 2XP every round without having to satisfy any requirements or play any losses. As a result, it’s sporadic for a Soothsinger to get roughly 30 XP in a single scenario.

In general, most of her skills are better used in bigger groups, with the Soothsinger faltering in smaller groups. Many Soothsingers find themselves in unique builds in two-player parties to compensate for the reduced support cards and lack of offensive strength.

The Soothsinger compensates for this with a powerful modifier deck that allows even simple attacks to deal substantial damage.

Because many of the support skills are more beneficial when there are more players, the damage build is an excellent choice for a two-player Gloomhaven party.

When you have one ally, a Song that grants a +1 Shield to all allies isn’t much of a boost! However, in a four-player group, four Shields can stop a lot of damage every round.

Another advantage of a damage build in a two-player group is that you can do enough damage to the monsters each round to defeat them all before you run out of energy!

Several cards in the Soothsinger deck provide allies with shields, boosts to their mobility or damage, or the ability to take additional action, making boosting allies a viable option. The group’s objective with this construct is to kill the monsters as rapidly as possible while doing significant damage.

Because the Soothsinger isn’t a healer, your friends must be able to take care of their own health, or you’ll have to play this build with a healer.

The third option for a Soothsinger support build is to concentrate on weakening enemies. Monsters can stop harming your friends by using curses, disarms, immobilizing, stun, and even monster movement control. The best part about this construction is that it doesn’t require the use of a tank!

The Soothsinger Weaken monster build, which most players concentrate on, works incredibly well in a four-player Gloomhaven group where your friends are delivering enough damage to the monsters that they don’t require your aid to destroy them all rapidly.

The primary problem with the negative damage support construct is that your party won’t realize how useful you are until your Soothsinger has retired! Your friends quickly forget that you’re the one defending them because they’re used to suffering extremely few blows!

They need to know that curses in the monster modifier deck didn’t appear by themselves!

How Does A Typical Soothsinger Play?

As the Soothsinger, you’ll use Songs to help teammates and ward off foes. You’ll bless your comrades by allowing them to get more out of each round by increasing damage, speed, and range. You’ll irritate creatures by getting into their thoughts with your music, cursed, befuddled, and worse off in a variety of ways.

While there are specific damage-focused builds for the Soothsinger, it is not a damage-focused character in general. Rather than doing damage, the Soothsinger’s skills frequently grant enemies negative effects such as Curse, Disarm, or Immobilize. Several abilities enable teammates to deliver extra damage.

However, the Soothsinger does have specific damage-dealing skills. She has seven damage-dealing abilities out of a total of 56 abilities. Below level 5, only three of them are available.

How Does The Soothsinger Do With Experience Points?

Experience is simple to come by, thanks to the Soothsinger’s Songs. She receives one experience point at the start of her turn as long as she has a song in play every step of the way – entirely throughout.

And she’ll almost always be playing music. Songs are long-lasting talents with beneficial consequences for your party. As an example, Shield 1 for all allies or Heal 1 Self for all allies at the start of each round. Regular skills will also earn the Soothsinger experience points, much like other classes.

The Soothsinger’s looting ability is a brilliant little one hex loot ability that incorporates a ranged damaging ability. It’s also a non-loss card, so that you can use it several times every game. That’s a good approach for the Soothsinger to support her comrades while still getting some loot each game.

Because the Soothsinger has a low initiative level, they will usually take their turn before the other characters. And that’s precisely what you want from the Soothsinger, whose buffs and debuffs have an overall effect.

The Soothsinger has 11 movement skills, excluding song movement effects and abilities that exclusively impact allies’ movement. They should be sufficient to keep you in touch with your allies.

The Soothsinger’s movement skills are unique in that they frequently include status effects. Unending Chant, for example, has a Move 2 and a Shield 1 for all allies. However, Tuning the Outcome has a Move 3 and a curse with a range of 3.

The hand limit of nine cards isn’t very generous. But it’s not that horrible when you consider that one of those cards will be a song with a long-lasting influence on the entire scenario. The Soothsinger has just seven loss skills in general; thus, the tiny hand restriction will carry you through most situations.

The Soothsinger has no abilities to retrieve cards that have been discarded or lost. Soothsinger’s concept is to slow enemies, diminish their damage, or speed up friends and boost their damage. As a result, you can shorten the duration of the scenario and complete it before growing fatigued.

The Soothsinger’s deck has 28 cards ranging in difficulty from 1 to 9. For a bard-type class, the cards include a decent mix of abilities, including all the usual suspects like ally boosts and monster manipulation, as well as a few of heals.

Depending on your intentions, any card in Gloomhaven might be either beneficial or terrible. In order of importance, I was seeking cards for my support build that:

Even while the build is mainly focused on preventing harm to teammates, there are occasions when you may better defend your allies by doing some damage yourself. For example, if a monster has little health but is going to summon additional monsters, owing to your quick initiative, you may take it out before it has the chance.

Stopping a monster from summoning buddies that can harm your teammates is often more effective than stunning them after they’ve spawned!

The Soothsinger’s songs are a one-of-a-kind card. While playing and creating my character, I had a few questions about how song cards worked and a few other things I wanted to make sure I understood the rules.

How To Unlock The Soothsinger (Spoiler)

Musical Note Boxes are also known as Music Boxes or Note Boxes. It is obtained by completing the personal quests A Helping Hand and Battle Legend throughout the game. Inside the box contains the Soothsinger class.

Can All Songs Self Target?

Do you consider yourself an ally?

You are not an ally of yourself in Gloomhaven. Any summons you or other players have, on the other hand, are considered allies.

How Many Songs Can You Have In Play At The Same Time?

Unless you have an ability that states otherwise, you can only have one Song active at a time.

The Soothsinger is the most adaptable class in the game, in my view. She will always have several options accessible to her to have a considerable influence, regardless of your party composition, scenario or situation, level of character development, or complexity of the game or campaign.

As a result, she’s a lot of fun to play. When you’re playing her, you’ll never feel weak or unfit for a specific group or circumstance. Furthermore, all of your party members will like having you around because of what you offer to the party.