Gloomhaven has been a smash phenomenon since its release in 2017 when it swept the roleplaying genre. It is, without a doubt, one of the finest RPG board games ever created. Part of that success can be ascribed to each class’s breadth and depth. So, what is there to know about the Gloomhaven starting classes?

When players initially enter Gloomhaven, they are given the option of choosing one of six beginning characters, each with their own set of powers and skills, which are essential to understand. These starter classes are:

You and other players will spend a lot of time with these characters, so it’s crucial to figure out which class best fits your play style. Whether you want to tank with the Brute or lurk in the background and cast spells with the Spellweaver, there’s a Starting Class for you. That said, what do you need to know about each class? 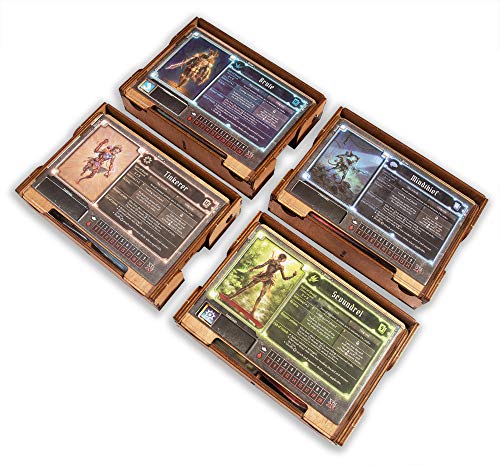 In Gloomhaven, there are six different starting classes to pick from, resulting in a wide range of starter experiences. However, because you’ll most likely be playing this game as this character for a long time, it’s critical that you pick a character that you love and can keep up with the rest of the gang.

Choosing a character, on the other hand, is an entirely personal undertaking. Others want to play a tactical wizard, while others love to hack and slash. However, depending on your preferred gameplay style, certain characters are superior to others. Here is what they have to give, starting with the Brute class. 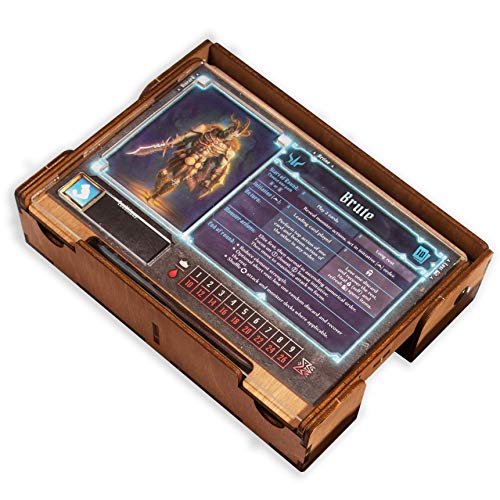 Out of all the Starter classes, the Brute is the closest Gloomhaven comes to a classic tank. The Brute has a lot of HP and several cards that can deliver a lot of damage or soften up opponents for your friends. It is why the Brute is ideal for the front lines, where it can kill and disable enemies before they can assault the weaker classes.

Provoking Roar, which Disarms an opponent (robbing them of their attack), and Spare Dagger, which grants you a ranged attack while also giving players XP every time they use it, are both must-have cards for your starting deck.

The Brute class is the most fantastic option for gamers that enjoy playing the harsh, simple combatant. The Brute is a close-quarters bruiser with a powerful deck of cards to help him survive and do damage. Because the digital version of Gloomhaven is a direct translation of the tabletop game, this tutorial will apply to both.

You’ll be the tank, dishing melee damage while keeping the enemies’ attention. You can modestly cure yourself or friends, but you are not a healer.

People will go to you to take the hits because you have more hit points than the other beginning classes. You’ll spend your games decreasing the receiving damage, delaying, disarming, stunning creatures, and hitting them whenever possible.

Because all of Brute’s skills are self-explanatory, he’s a very straightforward character to play. To get the most of your abilities, you don’t need to prepare a few moves ahead of time. 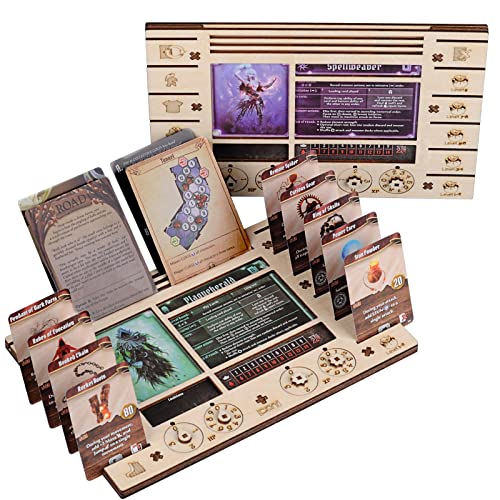 The Spellweaver’s primary goal is to exploit the element system to harm a large number of foes. She generally concentrates on fire and ice, with a few earth and wind element cards thrown in for good measure. While dark and light are present, they are relegated to a tertiary aspect.

So, even though the Spellweaver only has eight cards in her hand, she may use most of them twice, giving her a significant advantage. However, don’t be alarmed if you pick Reviving Ether as your random card to lose after a brief rest.

When the Spellweaver achieves Level 9, she can use the Inferno card, which is extremely powerful and transforms her into an AoE god. The Spellweaver is the class for you if you enjoy playing magic casters in RPGs.

You’ll be hiding in the group’s back row, away from the melee damage. Monsters will have a hard time with you. You’ll be hurling fire orbs at them, impaling them on earthen spikes, and finally encasing them in ice.

You’ll be planning a turn or two as the Spellweaver. You’ll be placing elements into the room one round and then using them up to perform a more powerful spell the next.

In almost every situation, you’ll want to summon your magical buddy. It has an ethereal-ranging character that will vanish if it is struck. You can employ its ranged powers or use it as a shield on each round if you’re on the defensive. 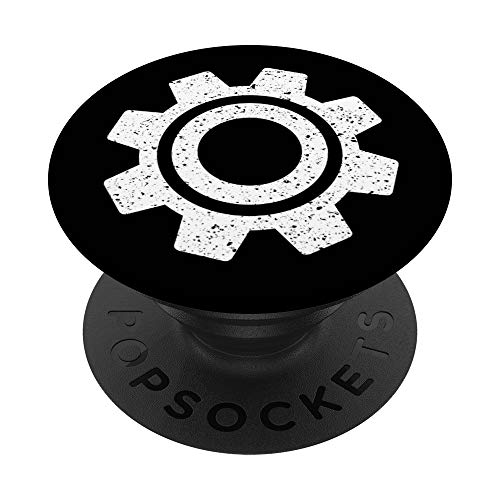 In a major city, the Tinkerer is a relatively frequent class of Quatryl. They’re professionals at making all kinds of devices and elixirs. They usually make a fortune selling them to those who want to take advantage of these innovations’ convenience.

On the other hand, more daring Tinkerers venture beyond city limits, armed with all the instruments at their disposal, to face the wilds in quest of ancient artifacts that may provide insight into their studies.

The Tinkerer can serve as a healer, support, or damage dealer, depending on the party’s needs. She’s far more adaptable than the other classes, yet her adaptability isn’t helpful when playing with two people.

The Tinkerer also can conjure assistance robots that can absorb damage, distract adversaries, and even do some lovely damage. Consider whether you want to make the Tinkerer into a healer or a damage dealer as you level her up since this will significantly impact the cards you pick.

Give the Tinkerer a try if you’re playing in a large group and want to fill up the gaps in your party’s shortcomings.

You’ll be paying close attention to what the monsters and your teammates are doing as the supporting class. You’ll be harming and weakening enemies each round, as well as healing and strengthening your teammates.

As you employ all of your character’s homemade contraptions, traps, decoys, and healing tonics, you’ll feel like a Tinkerer.

Most of the time, you’ll stay in the background and allow your colleagues with more health to take the brunt of the damage. If you end yourself at the front, you can utilize your fast wits to confuse or disable monsters so you can flee. 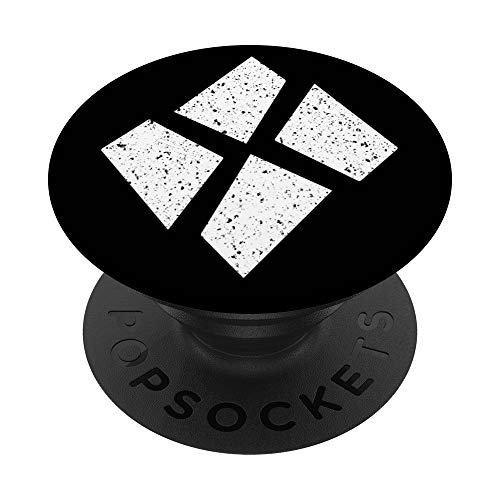 The Cragheart is undoubtedly the most unique of the Gloomhaven classes, as it doesn’t exactly fit into any traditional RPG roles. The Cragheart is generally a ranged attacker who excels in splash damage to knockdown protected adversaries.

The Cragheart, referred to as ‘it’ rather than he or she, uses the earth’s strength to generate rocks, dirt tornados, and avalanches. However, taming the wilds of nature is complex, and it may occasionally harm allies as well as monsters.

One thing to keep in mind is that the Cragheart’s splash damage hits both friends and adversaries, so you’ll want to target enemies that aren’t fighting too close to allies. It is one of the more exciting classes in the early game, and it’s ideal for players that want to pick off adversaries and use skills to shut down the battlefield on occasion.

You’ll want to use the Cragheart as a tank if you’re a massive lumbering beast. But don’t do it. Despite your high health, you have no skills to minimize the amount of damage you suffer. You can occasionally step in and use your melee abilities to defend your comrades. Just don’t do it too often, or you’ll find yourself in need of assistance.

You’ll largely be tossing rocks and dirt at creatures and obstacles from just behind the front lines. Is there a pesky pillar in the way? Toss an annoying monster at it (it lets the stress go). Boom! That pillar is no longer in existence! On the other hand, you can erect barriers between yourself and the monsters.

One of the most intriguing aspects of playing a Cragheart is deciding which abilities to use to deal the most incredible damage to foes while avoiding harming your teammates. However, you have a few healing cards, so you may always heal your pals the next time. 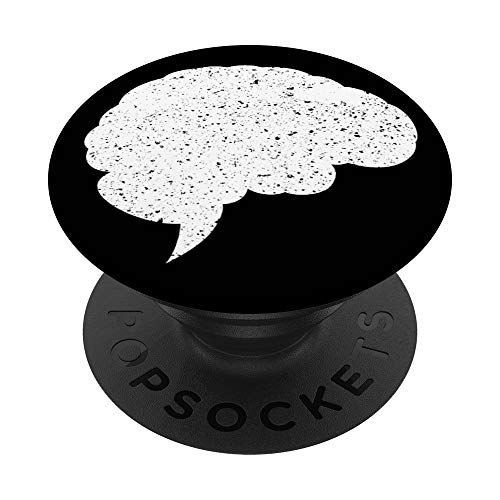 Another class that deviates from standard RPG tropes is the Mindthief. The Mindthief is a bipedal rodent with psychic abilities, the weakest health, and the most potent attacker among the beginning classes.

The Mindthief’s gameplay revolves around the opportunity to augment her powers using various boosts that are always active when the game is played. The Mindthief can routinely do a lot of damage depending on the Augment you use, which would be fantastic if she didn’t have the lowest HP among the beginning classes.

When utilizing the Mindthief, you should think like a rat, scurrying out of danger and attacking when the opportunity arises. It is another enjoyable class; however, you’ll have to work hard to avoid taking too much damage.

You’ll be dashing around, slamming creatures with short punches before darting away, leaving them injured and typically with a negative status effect. Being stranded on the front lines is the last thing you want. You’re squishy due to your limited health points.

You’ll always be thinking forward one or two movements and keeping an eye on where monsters and allies will be. Then you’ll use your melee and mind control powers to aid or impede them.

Your summon will be a constant friend for you. You must keep an eye on them to ensure that they do not fall behind. They can’t keep up with you.

The Scoundrel is Gloomhaven’s “rogue,” a character whose primary goal is to attack a single adversary very hard. However, playing as the Scoundrel might be difficult, especially in smaller groups.

The Scoundrel can only carry nine cards into each scenario to maximize her damage, and she relies on foes being alone or near one of her pals. On the positive side, she’ll be the significant looter in early situations, which is ideal if you enjoy stockpiling gold.

Make sure the Scoundrel is paired with a character that can take a lot of damage, or your group will be in a lot of trouble. The Scoundrel is the class for you if you prefer stabbing foes in the back and gathering loot.

Playing as the Scoundrel is similar to playing as a ninja. The cards inspire you to sprint in, complete your work, then dash out. You’ll make use of invisibility wherever possible to increase your damage while remaining stealthy.

You’ll continually be striving to position yourself to gain the most significant damage boosts for creatures close to your buddies. Your damage is minimal, and your turn feels incredibly irritating if teammates and monsters aren’t in advantageous locations.

You’ll be grabbing considerably more treasure than the rest of your group, thanks to your fast hands. And you’ll utilize your skill for detecting traps to disarm them before they may cause problems for your teammates.

The starting classes are all exciting, and there is undoubtedly a starting close to matching your personality, game sense, and playstyle. I knew from the first game that Gloomhaven would be a hit with my group.

It’s well worth the money for hours and hours of entertainment you’ll get out of it! If you love Gloomhaven and are looking for some similar games, we’ve got you covered.